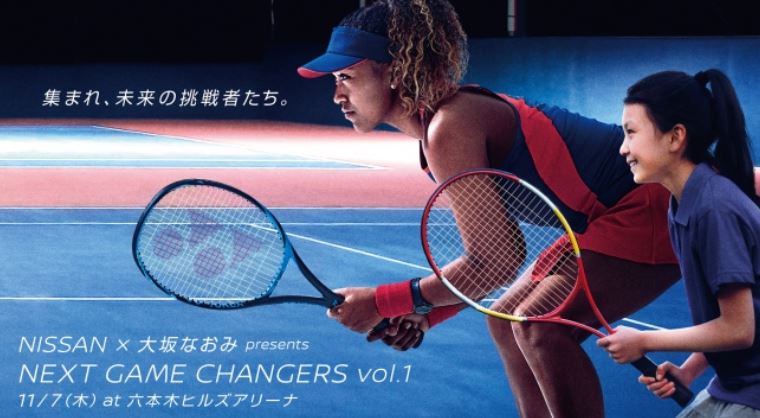 Nissan announced on October 16 that it will launch a project "NEXT GAME CHANGERS" to support future challengers together with Nissan ambassadors who have made game changes in various fields.

As the first project, Naomi Osaka, who has won the Grand Slam 2 tournament for the first time in Japanese women's tennis singles and has changed the game of the Japanese tennis world, will interact with children through tennis “Nassan × Naomi Osaka” "presents NEXT GAME CHANGERS vol.1" will be held on November 7 at Roppongi Hills Arena.

On the day of the event, we are planning a valuable program for children, such as tennis games by Osaka and 23 next-generation tennis players, and messages from Osaka. As a game changer in the mobility world, Nissan has created major changes such as the development of electric vehicles and autonomous driving support technologies.

Athletes, such as tennis players, soccer teams, and fencing players, currently sponsored by Nissan, continue to make significant changes as game changers in various fields. In this project, we will support the next generation of game changers through technical support, exchange events, and event sponsorship, with the goal of creating an exciting future together.