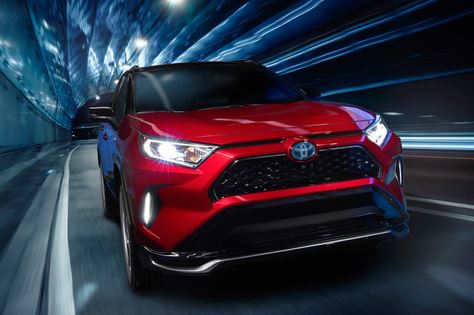 Toyota's "RAV4 ​​Prime" with the crossover SUV "RAV4" as a PHV (plug-in hybrid car) at the "2019 Los Angeles Auto Show" to be held from November 23 (local time) ”Is released for the first time in the world. The RAV4 PHV model is scheduled to be launched in Japan and the US in the summer of 2020 and in Europe in the second half of 2020.

EV cruising range is approximately 62km. Achieving class-leading 0-96km / h acceleration 5.8 seconds. RAV4 Prime uses a newly developed plug-in hybrid system for the power train. It has the best acceleration performance in its class in the United States and enjoys the pleasure of driving like an electric vehicle and the excellent environmental performance due to its long EV range.