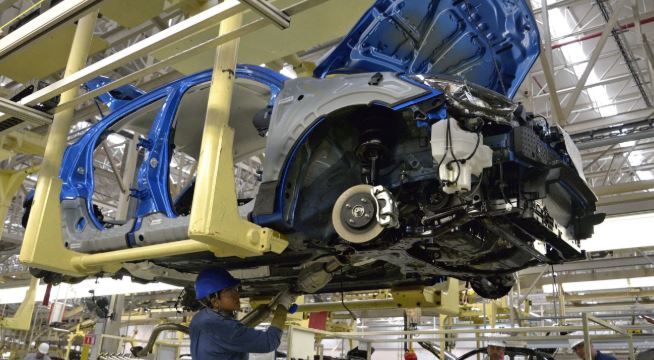 The new North American free trade agreement that takes effect on Wednesday has been touted by United States President Donald Trump as a driver of American job creation. But Japanese automakers are choosing to keep operations in place and pay Mexican workers more, or even just pay fees. The agreement between the United States, Mexico, and Canada requires that 40% or more of the parts of each passenger vehicle be manufactured by workers who are paid at least $ 16 per hour as a condition for them to be tax-free in the region. Trump praised this feature as a way to boost production in the United States, which has a higher hourly rate than in Mexico. The ratio of the US to Canada among Mexican assembled vehicles sold in the US was 13.5% in 2018, according to the US Department of Transportation Highway Traffic Safety Administration. Trump was that US production would inevitably increase to meet the 40% requirement, but Japanese automakers, which had already positioned their production bases under the old NAFTA regime, are not only willing to increase the stakes and re-deploy.